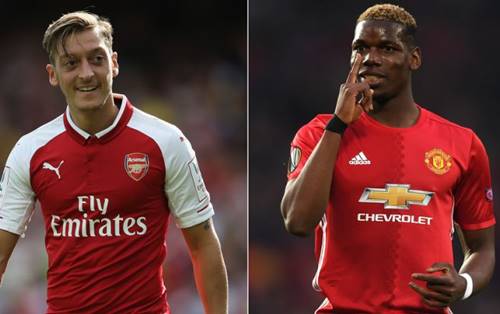 Throughtout its history, there are several muslim players in England that compete in Premier League. Notable example of Premier League muslim players in the past are Nicolas Anelka, Kolo Toure, Salomon Kalou, Emmanuel Adebayor and many others. They are gain fame and success, for example Anelka is one-time EPL top scorers, while Kolo Toure is key part of Arsenal’s Invicible team.

Other players also become key player for respective teams, For example Paul Pogba, Manchester United midfielder who broke record for most expensive players in 2016. Than there is Mohamed Salah, Liverpool muslim players and currenly the frontrunner for Premier League top scorers award. One of the most popular muslim players in Europe is Mesut Ozil, currently at Arsenal, known by his tradition to pray before match started.

Here are complete list of muslim football players name in each of Premier League clubs 2019-2020 alphabetically and his country origin.