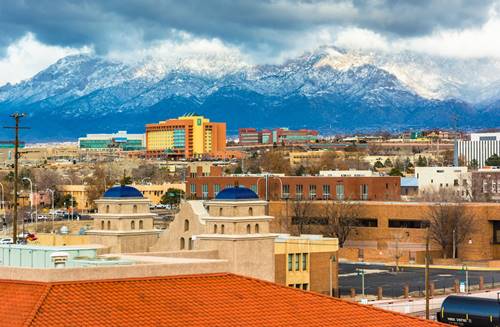 With a total area of 121,590 square (or 314,900 km2), New Mexico is fifth largest states by area in US. The population in New Mexico is, approximately, two millions. There are several different climate in New Mexico. While the northern and eastern is colder, the western and southern side is warmer. Due to its large area, New Mexico also used as oil drilling, mineral extraction and even as US militay base and nuclear bomb test in 1940s.

Below are complete table list of cities ini New Mexico alphabetically along with its county and resident population size (city, town, village).

Overall there are hundreds towns and cities in New Mexico, including its capital Santa Fe and its largest city Alburqueque. New Mexico known as one of the largest states in US, but ironically its population size is the 15th least populous state among all.