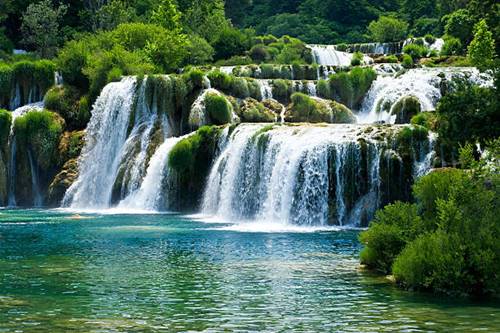 List of songs about water – Water, an object human can’t live without it. It covers 70% or two-third of Earth surface. Everyday people need water to drink and more importantly, to live. We can see it everywhere, even inside our body. The best part is, water also inspire music as evidence many songs about water that exist. So what are list of songs with water theme lyrical? We will discuss it in this article.

With its importance in every aspect of human life, it’s actually no wonder that water make few apperance in our favorite music. Water become one of the most common lyrical subject. Of course H20 – or water as people know – can take many forms like rain, sea, ocean, river, wave, waterfall, lake, teardrop, beverage or other water theme songs.

So can you named list of songs about water and water related songs? There are some hits songs related to water. Some easy picks are The Beatles’ Rain, Deep Purple’s Smoke on the Water, TLC’s Waterfall or Bruce Springsteen’s The River. But it’s easy to forget other water based songs like The Rolling Stones’ Following the River, Paramore’s When It Rains and Robbie Williams’s Beyond the Sea.

What’s your favorite water songs? Or you have other suggestion of songs about water that we forget to include in the list? Please comment your suggestion below.