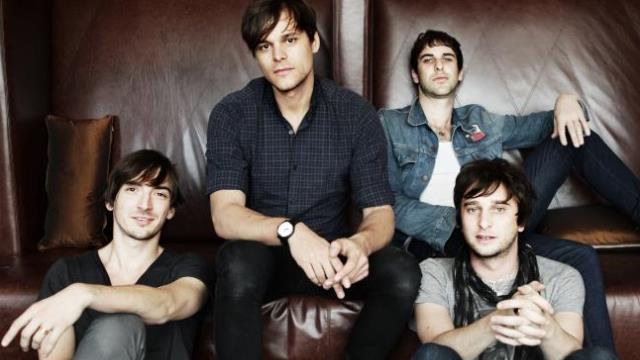 Jet in an Australian rock band formed in 2001. Their genre spanning to garage rock, hard rock and power pop. Jet enjoyed mainstream success after their first two studio albums – Get Born (2003) and Shine On (2006). Jet is one of the most popular band from Australia in 2000s. They succesfully break US and UK chart as well as other chart in Europe and around the world.

To date, Jet release three studio albums, which are Get Born (2003), Shine On (2006) and Shaka Rock (2009). The band dissolved in 2012, but reformed again in 2016. Their biggest hit is Are You Gonna Be My Girl, Jet debut single who enjoyed mainstream success and known as their signature song.

Are You Gonna Be My Girl peak at numer 29 on US Billboard chart, their highest charted-single on Billboard chart. It also used as soundtrack for the video games Madden NFL 2004, Guitar Hero: On Tour and Rock Band, animated movie Flushed Away, comedy movie What Happened in Vegas and two worldwide advertising from Vodafone and iPod.

But surely there are other good songs that Jet release, other than their signature song. We already pick our list of Jet songs that most essentials and most popular through their whole career.

Here are our picks of top 10 best Jet song of all time from their first albums to date, including hit single such as Are You Gonna Be My Girl and Look What You’ve Done.

So that’s our picks about top 10 greatest Jet songs update from beginning to date. Are You Gonna Be My Girl arguably known as their greatest, most essentials and most popular songs to date, while other hit such Look What You’ve Down and Rip It Up also enjoyed mainstream success in audience and break into chart all around the world.