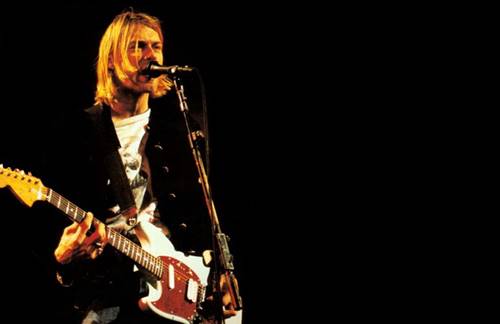 Top 100 best grunge songs – Who doesn’t love the 90s? Everyone loves the 90s. There are many good things in 90s – good movies, memorable TV series, decent music – you named it. In music industry, there are many genre that growing in 90s, one of them is grunge. Grunge is a subgenre of rock that emerged during late 80s. But it’s not until 90s that grunge take over music industry, leading to many 90s grunge bands that exist.

Of course if we think about grunge, one word come to our mind, none other than Nirvana. The Seattle-based bands is the best, greatest, most popular and most influential grunge bands of all time. Kurt Cobain and co also responsible for some grunge songs that become massive hits in early 90s, from grunge-anthem like Smells Like Teen Spirit to classic hits like Come as You Are.

But grunge is not only Nirvana. There are plenty grunge bands that released many good albums and singles. Of course some of them is not only sing grunge song, even Nirvana is considered as alternative rock bands too as grunge is an early version of modern alt rock genre.

Some of notable best grunge bands in 90s are Alice in Chains, Soundgarden, Pearl Jam, Smashing Pumpkins and Stone Temple Pilots. They release many grunge-style songs that become hits in 90s era.

Although most grunge bands had disbanded or faded from view by the late 1990s, they influenced modern rock music, as their lyrics brought socially conscious issues into pop culture. Several new genre such as post-grunge and nu metal also come from grunge popularity.

To pick top 100 best grunge songs is no easy task. We can’t just put random Nirvana songs into the list. There are many other grunge hit songs from other bands. Here are our top 100 all time best grunge songs (althought mostly, if not all, is the 90s grunge songs).

It’s no surprises that Nirvana have many good grunge songs, as well as other popular grunge bands such as Alice in Chains, Soundgarden, Pearl Jeremy and Stone Temple Pilots. You have other suggestion? Did we miss something? Tell us in comment section below.